Shin Jung Deok’s recent series Kaleidoscope has been named after the optical device that yields
varying colors and patterns as several mirrors inside the tube reflect beads, pebbles, or bits of glass.
Invented by a Scottish physicist in the early nineteenth century, ‘kaleidoscope’ was derived from the
Ancient Greek Ancient Greek καλός(kalos; beautiful) and εἶδος(eidos; form), hence “the
observing tool of beautiful forms.” In Korea it is referred to as Man-hwa-kyeong (萬華鏡) as its
colorful patterns are endlessly transmuted with no identical patterns showing up again. Shin has
created his Kaleidoscope wherein all things in heaven and earth, from tiny particles to the whole
galaxy, seem to appear and disappear in accordance with the eternal order and the shifting state of
generation and demise. It is quite an ambitious project to capture both the structural order and the
phenomenological state.
Structure and phenomena constituting the seemingly dual composition of Kaleidoscope are in fact
founded upon a holistic principl eencompassing both, which is ascertained in the artist’s career of
more than thirty years. The trajectory and traces of his art bear witness to an overarching
consistency throughout differing formal experiments: an all-inclusive, holistic universe. Since the
1980s Shin had explored the primordial energy of life in informel abstract canvases of subdued
palette and rough texture; by around 2000, he moved towards an all-over composition in much
brighter tone on which he superimposed prepared patterns; but soon afterwards flowers, stones, or
human figures began to appear as a generative force of the rhythm of life. 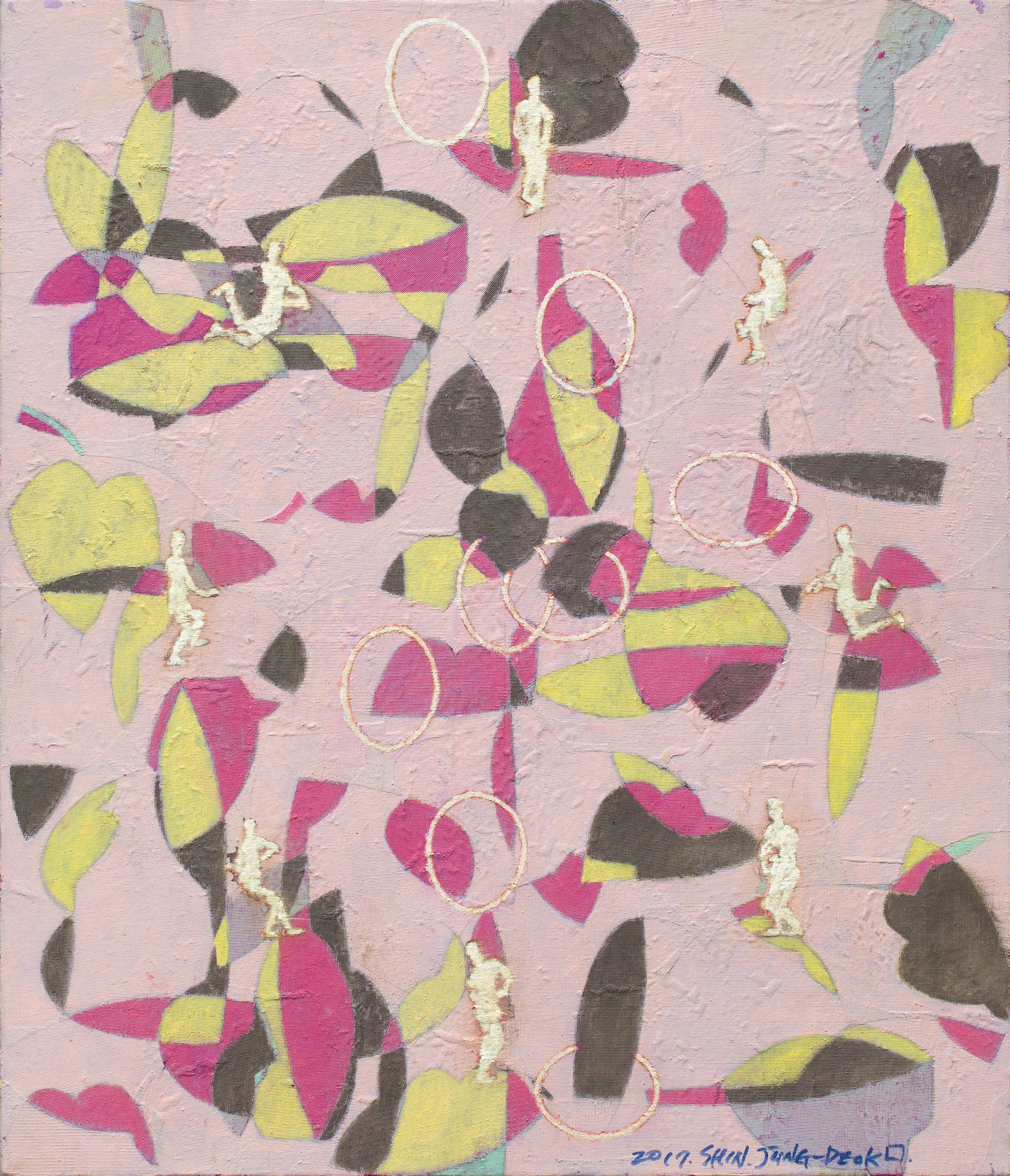 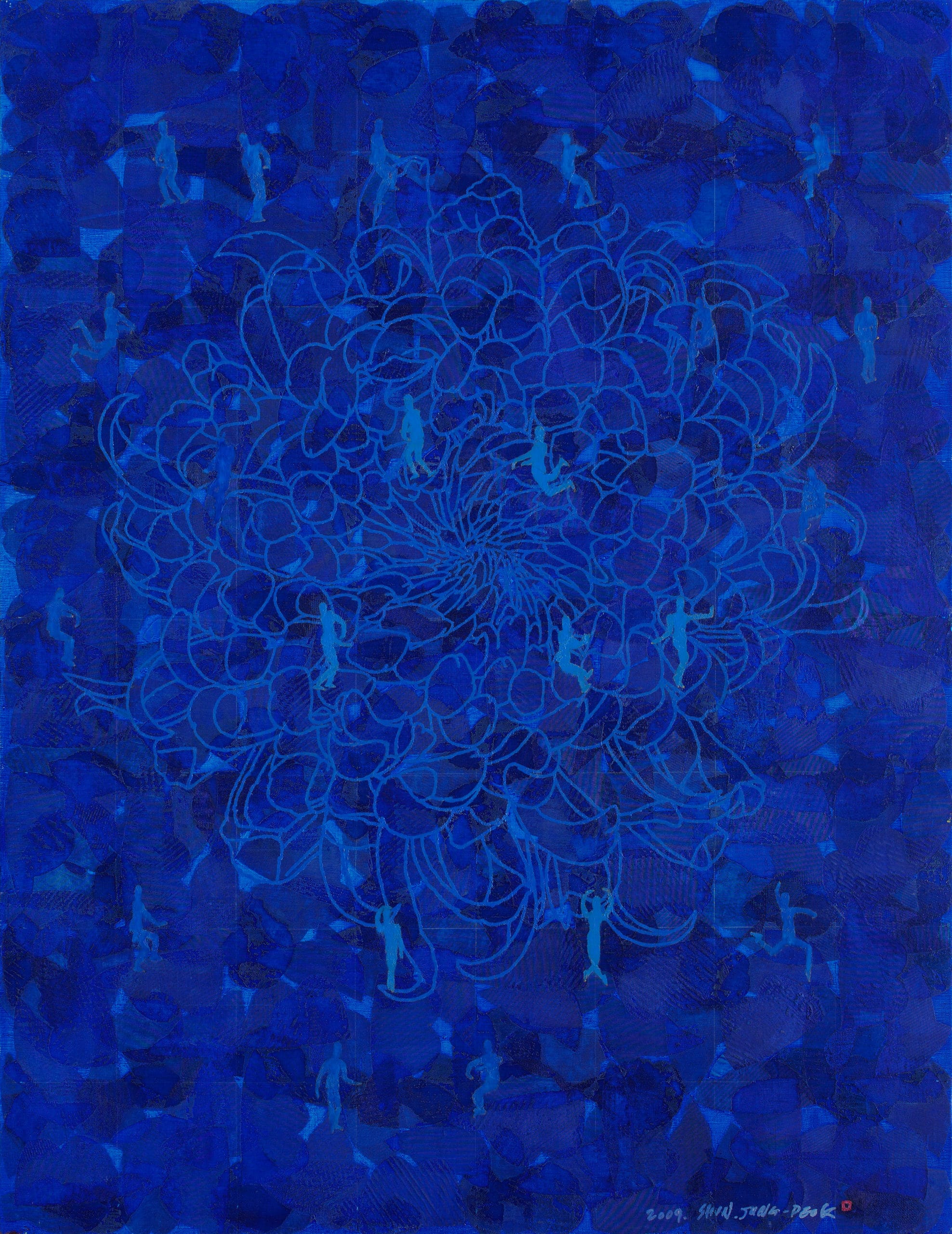 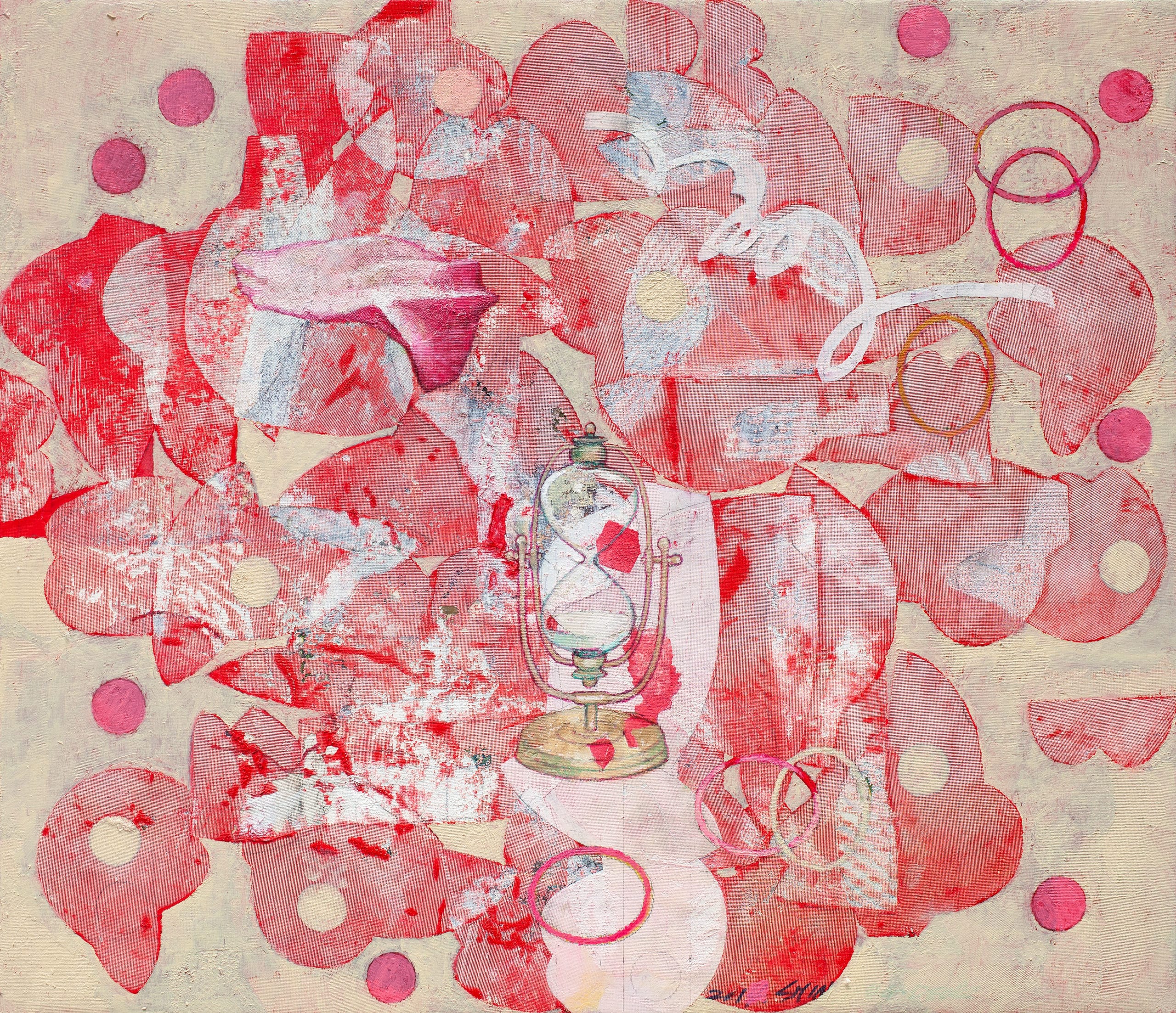 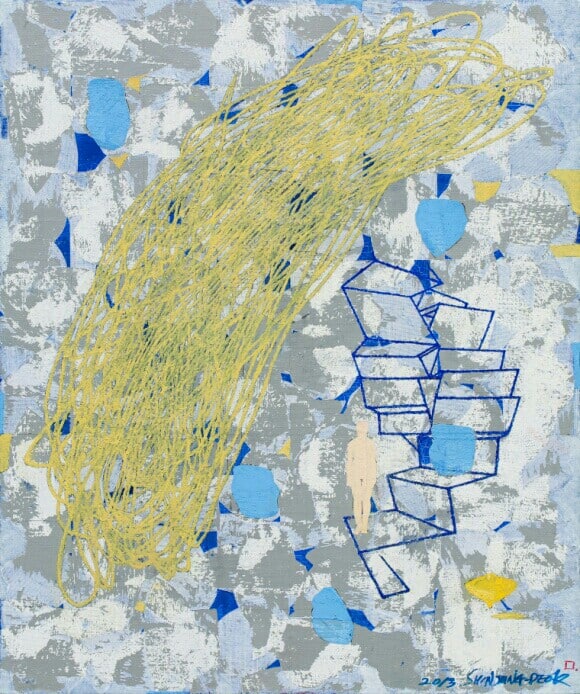 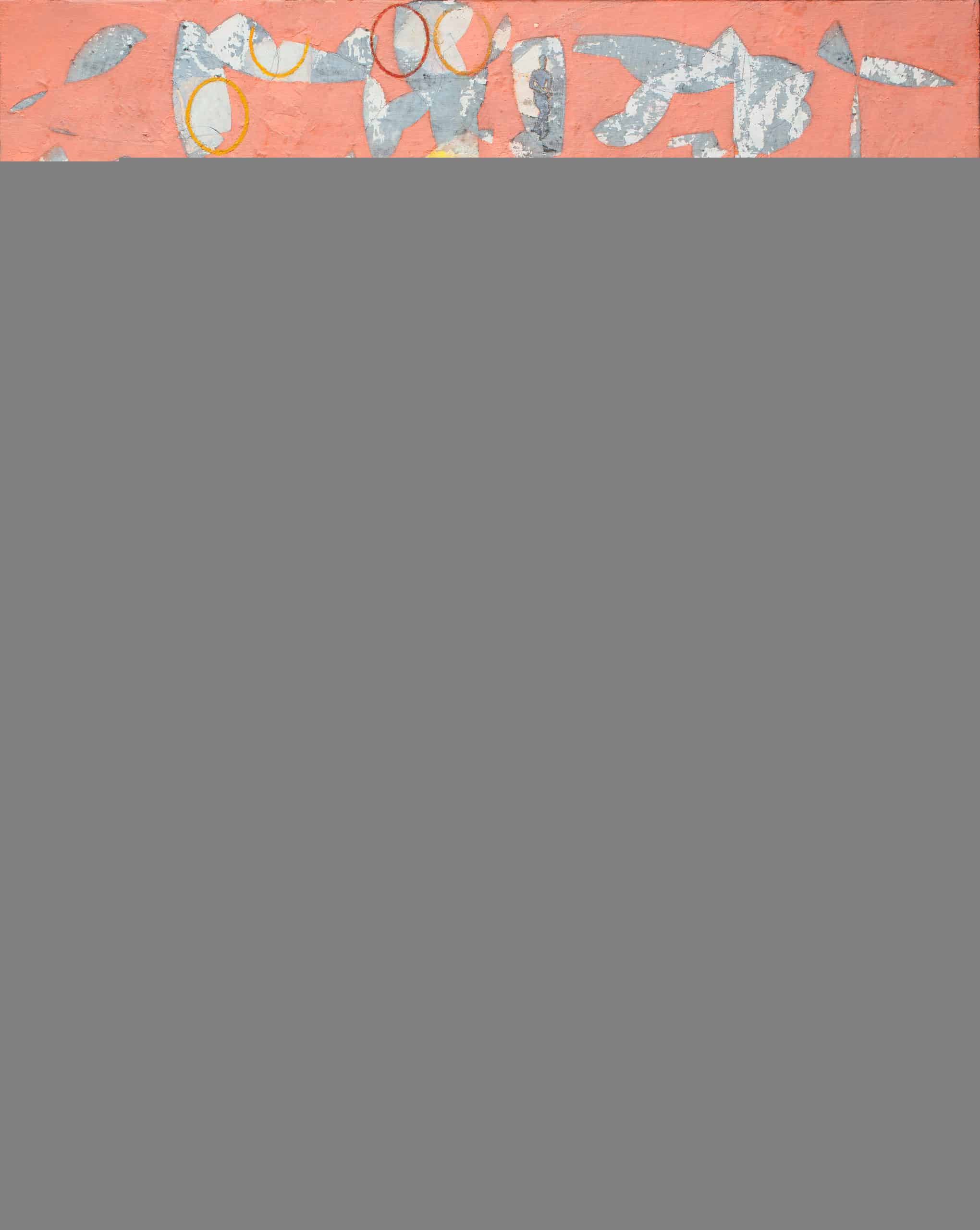 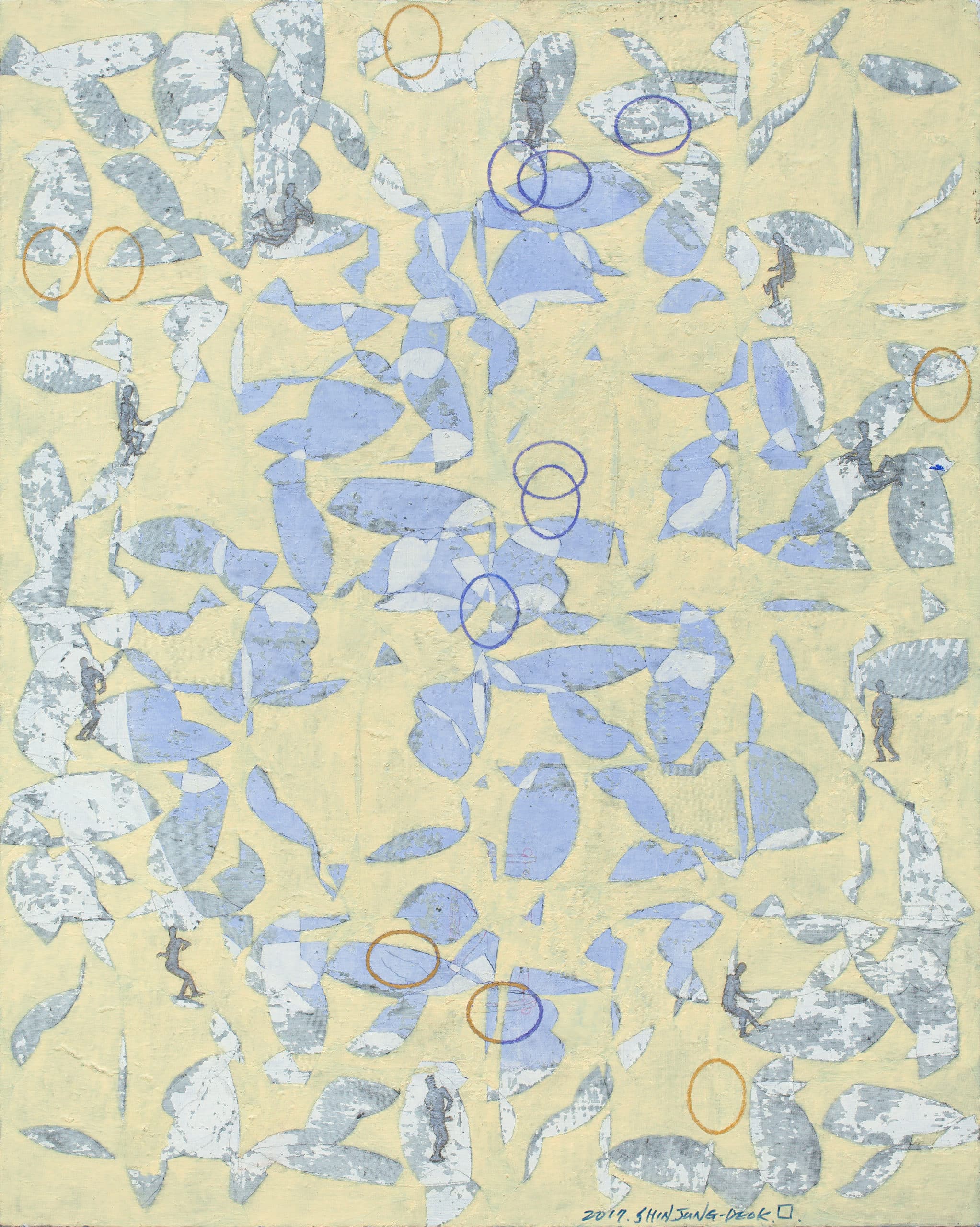 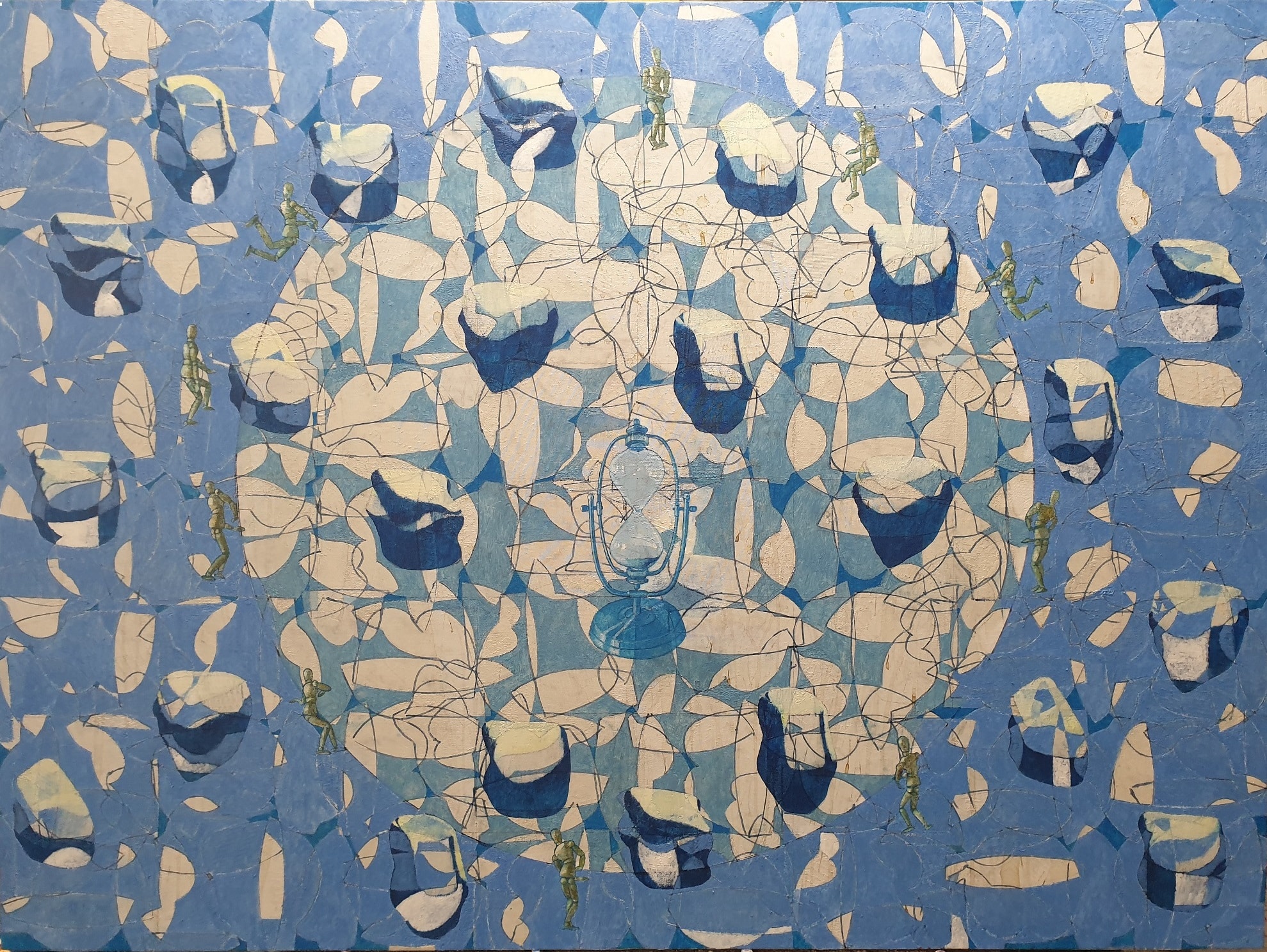 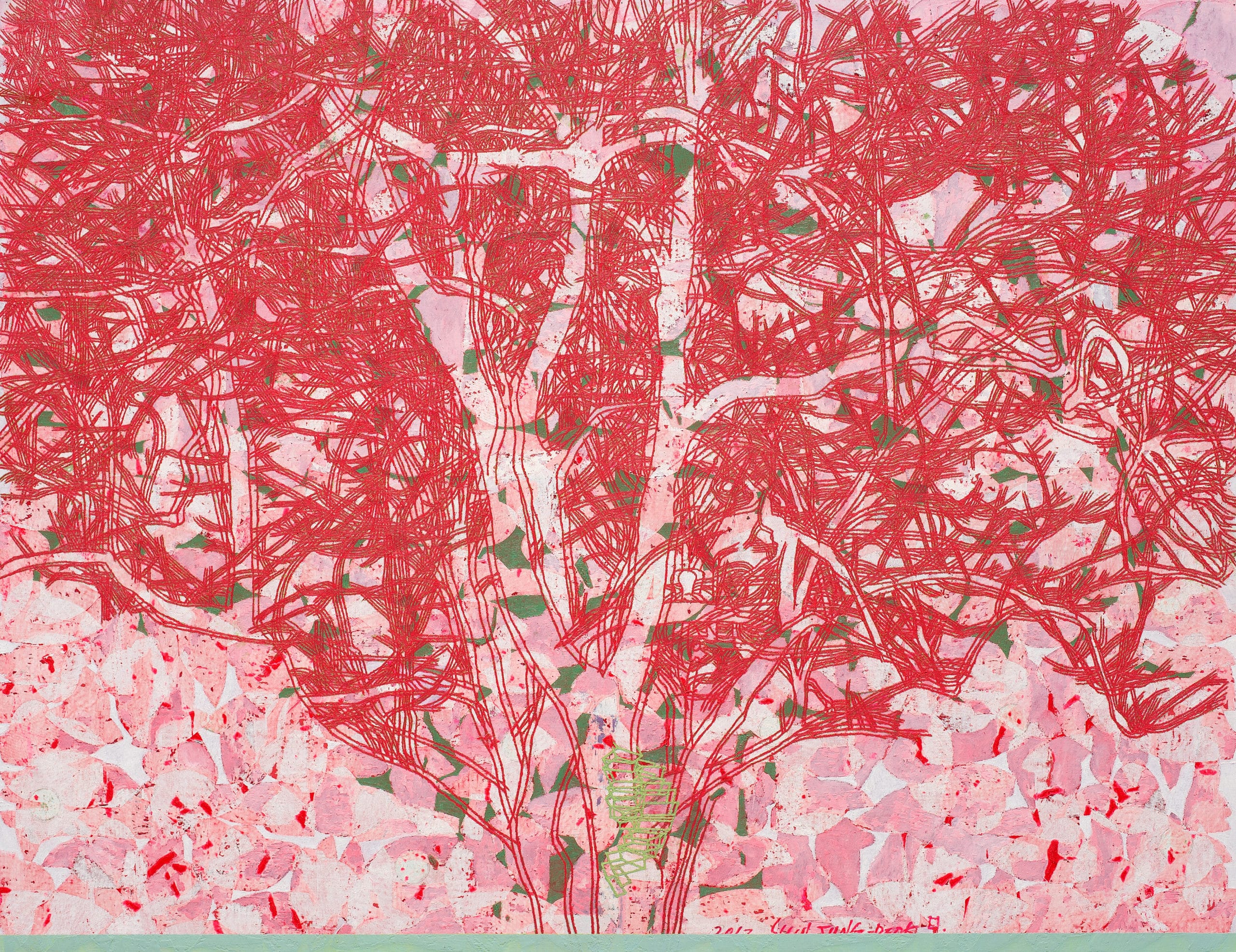 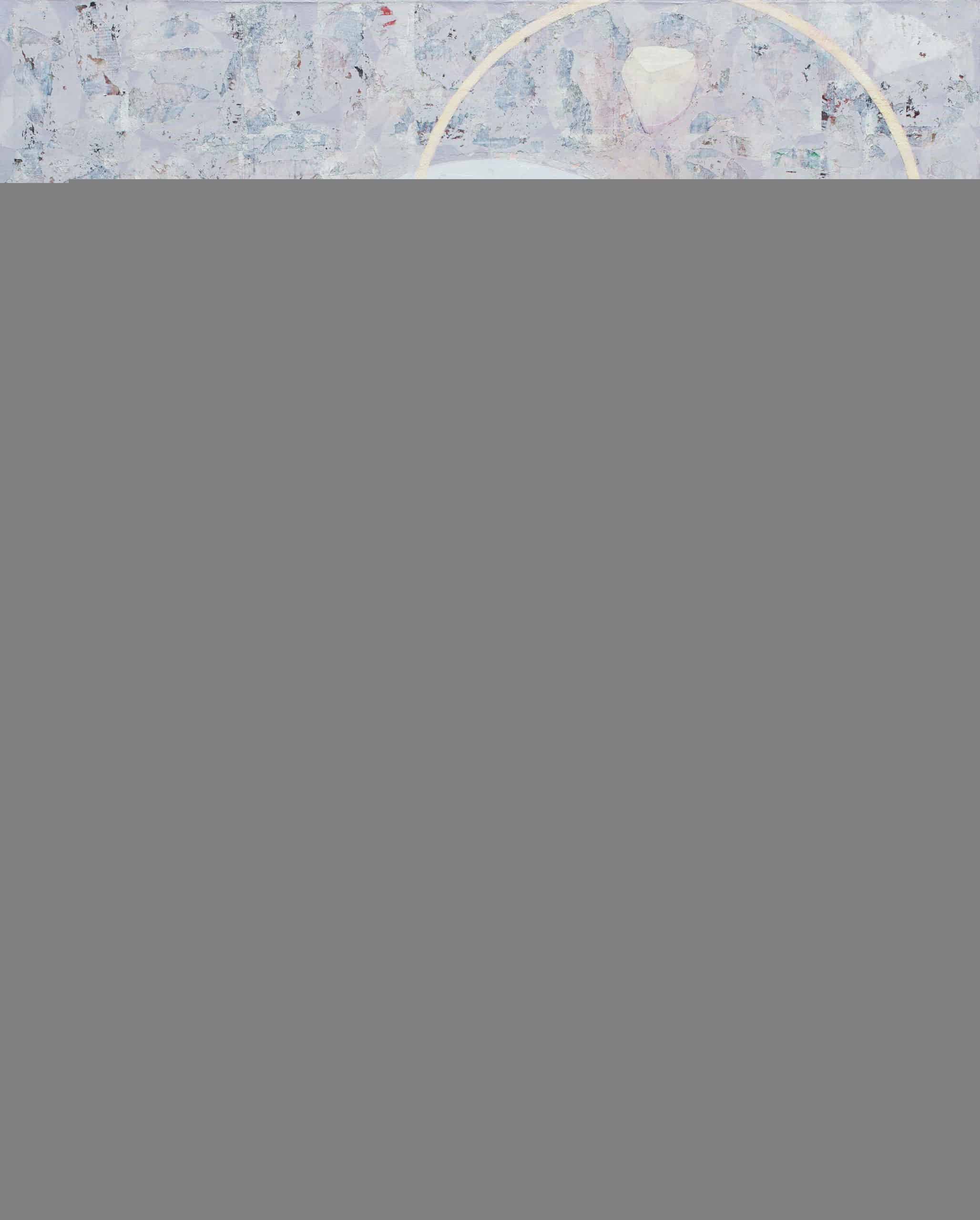 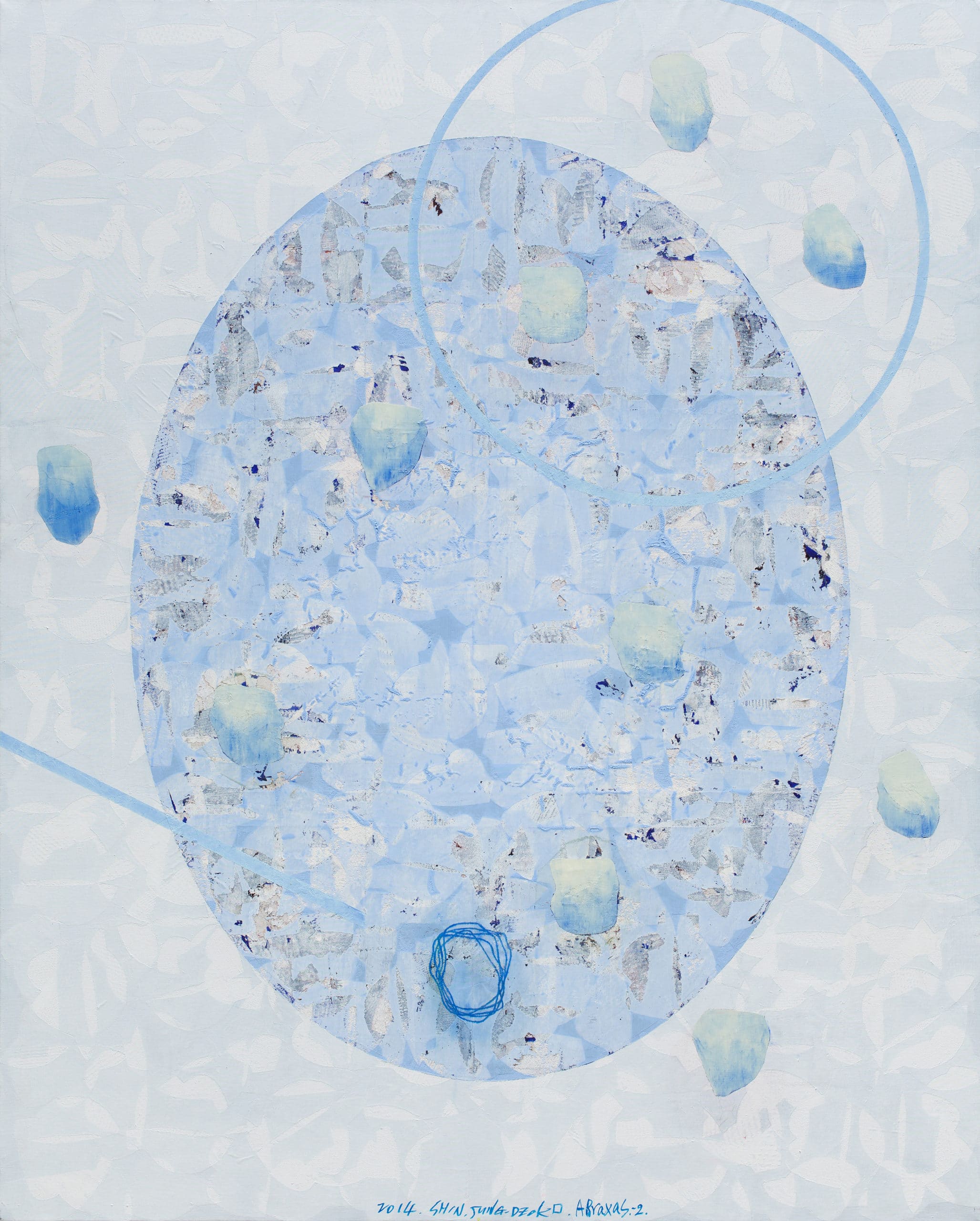 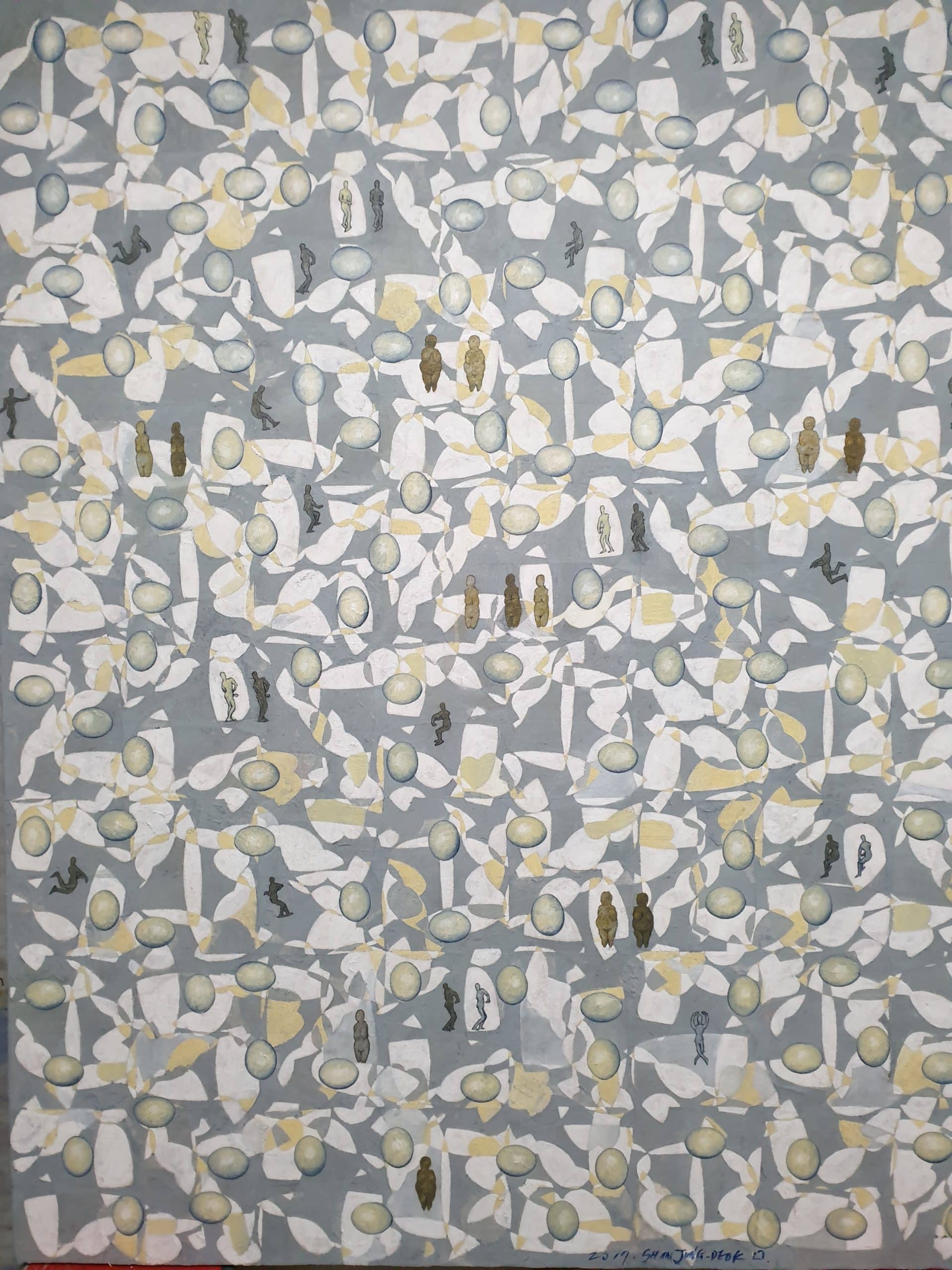 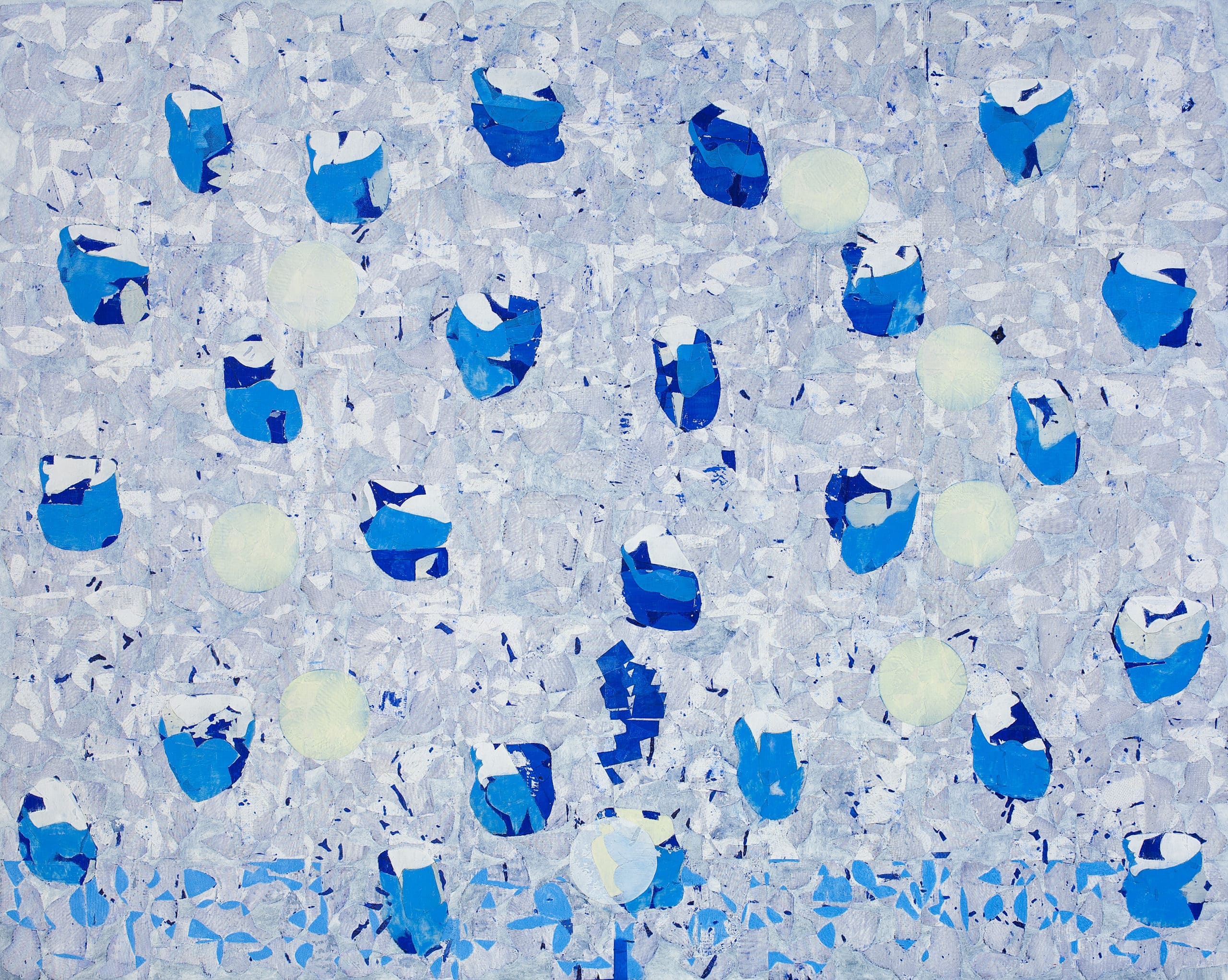 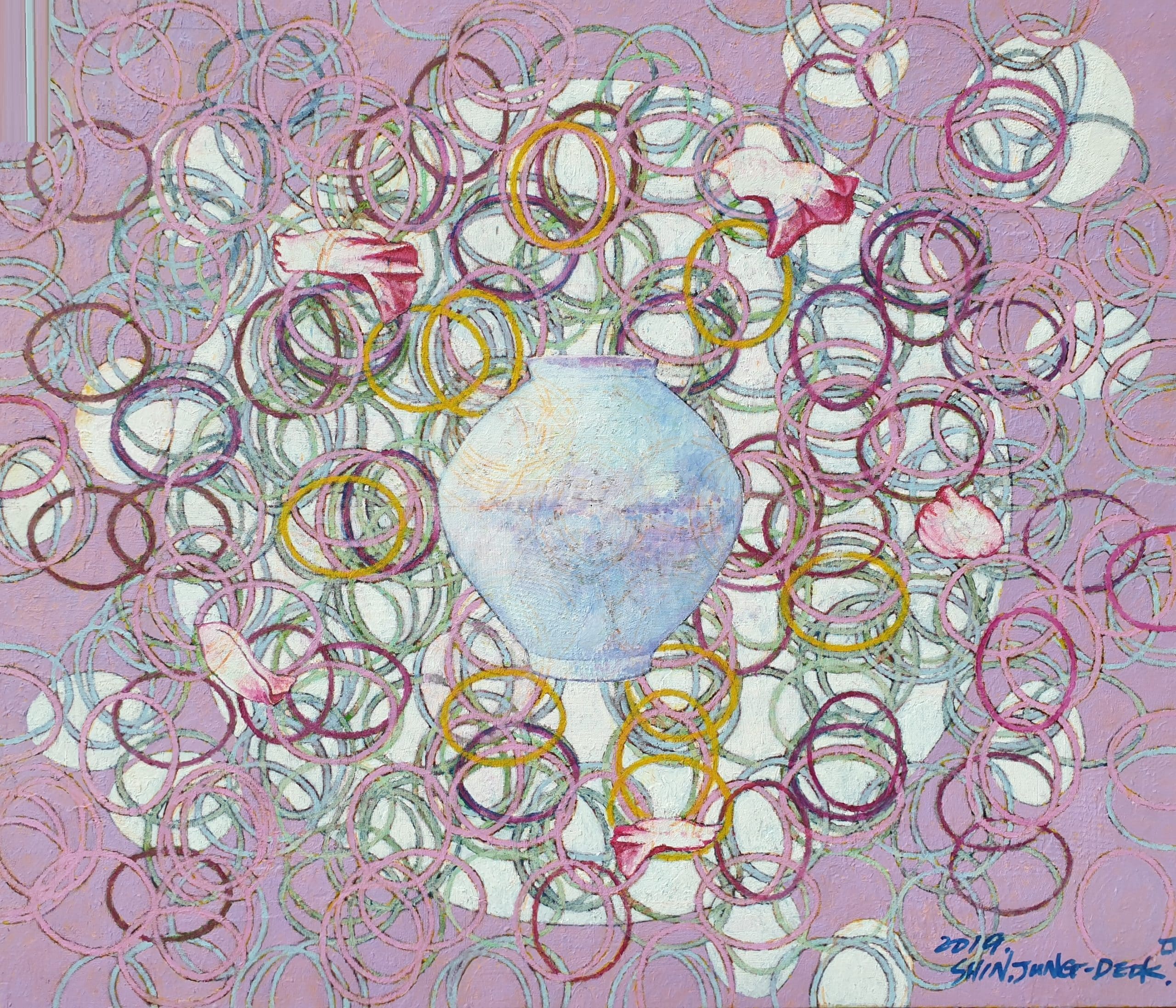 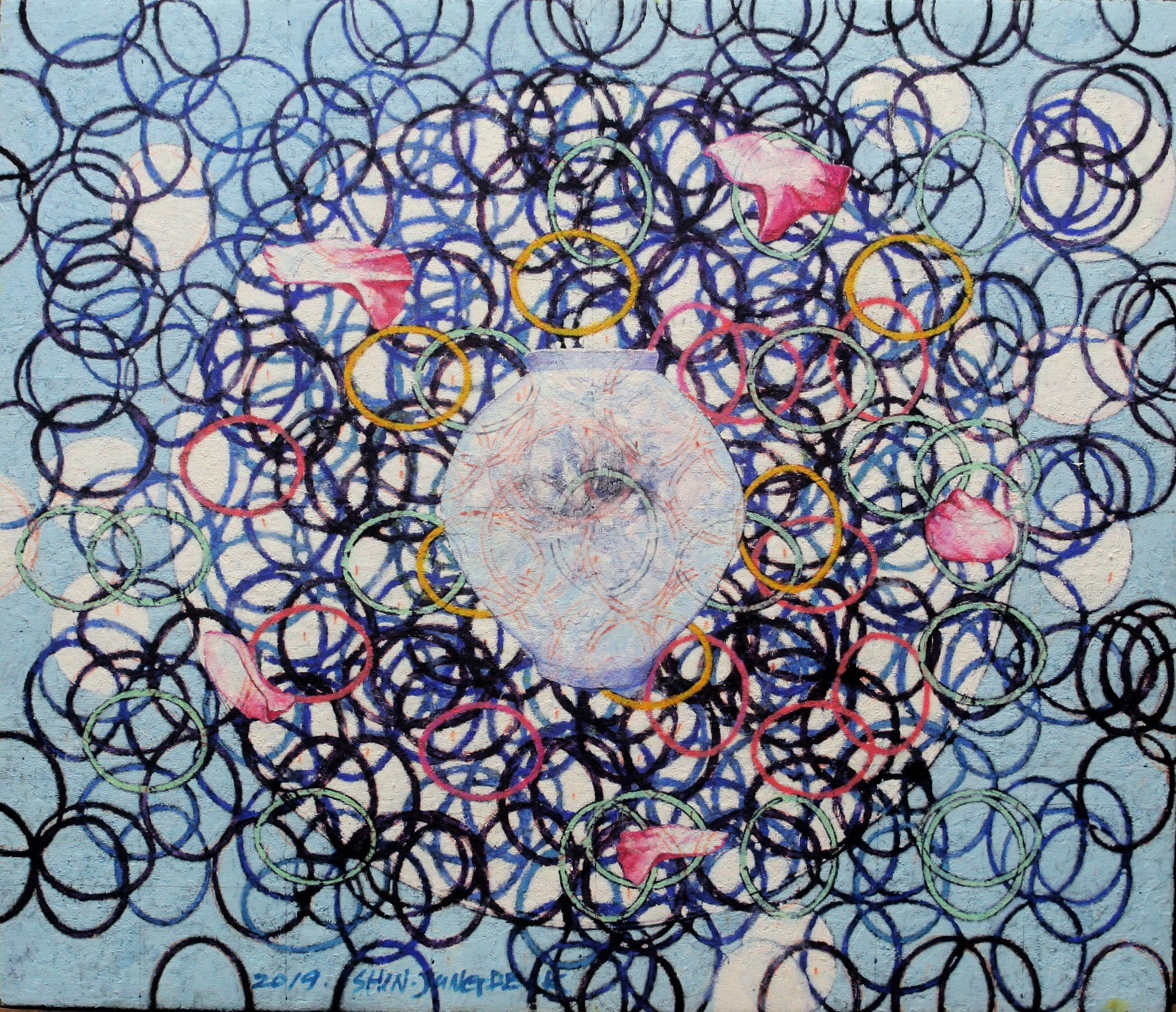 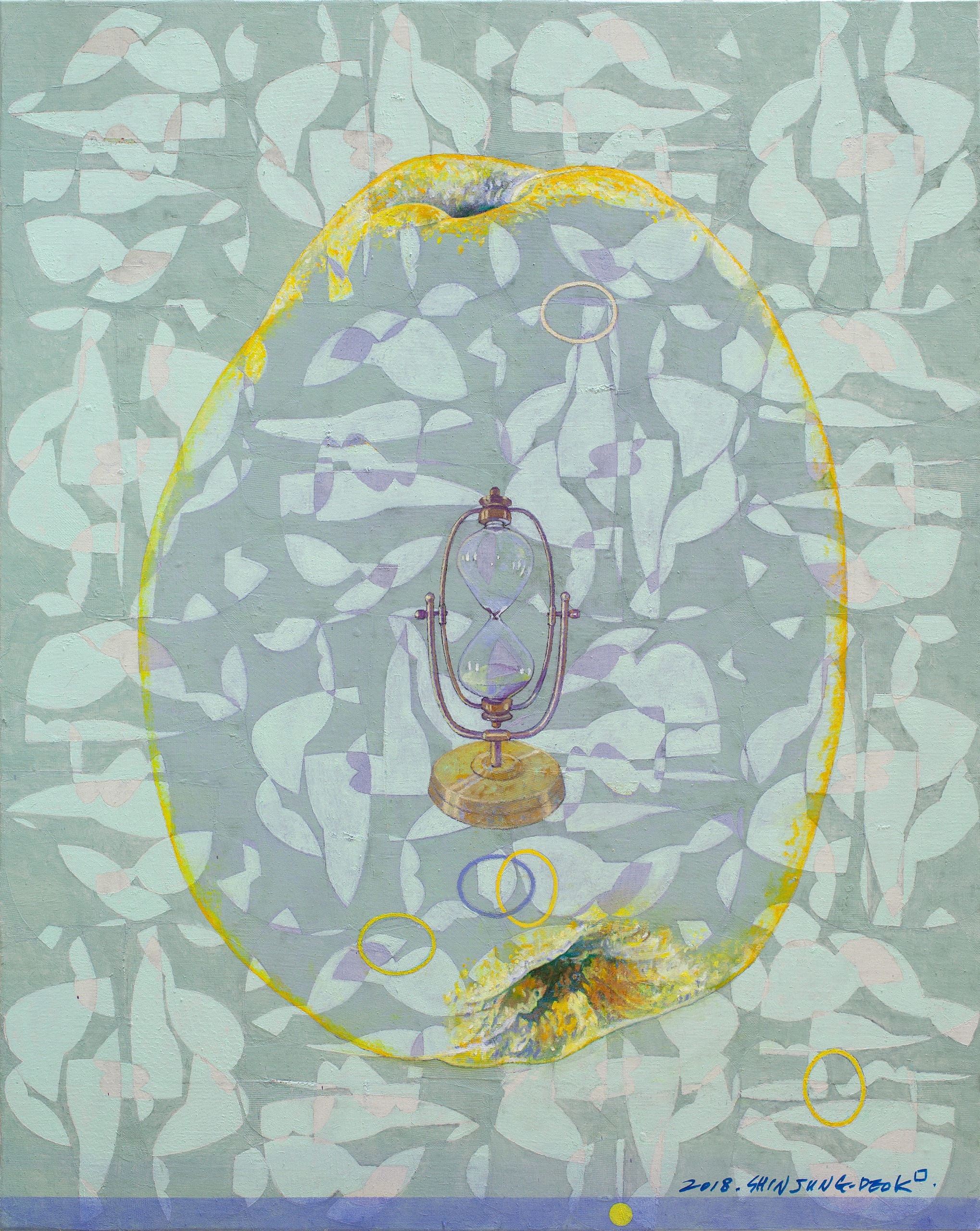 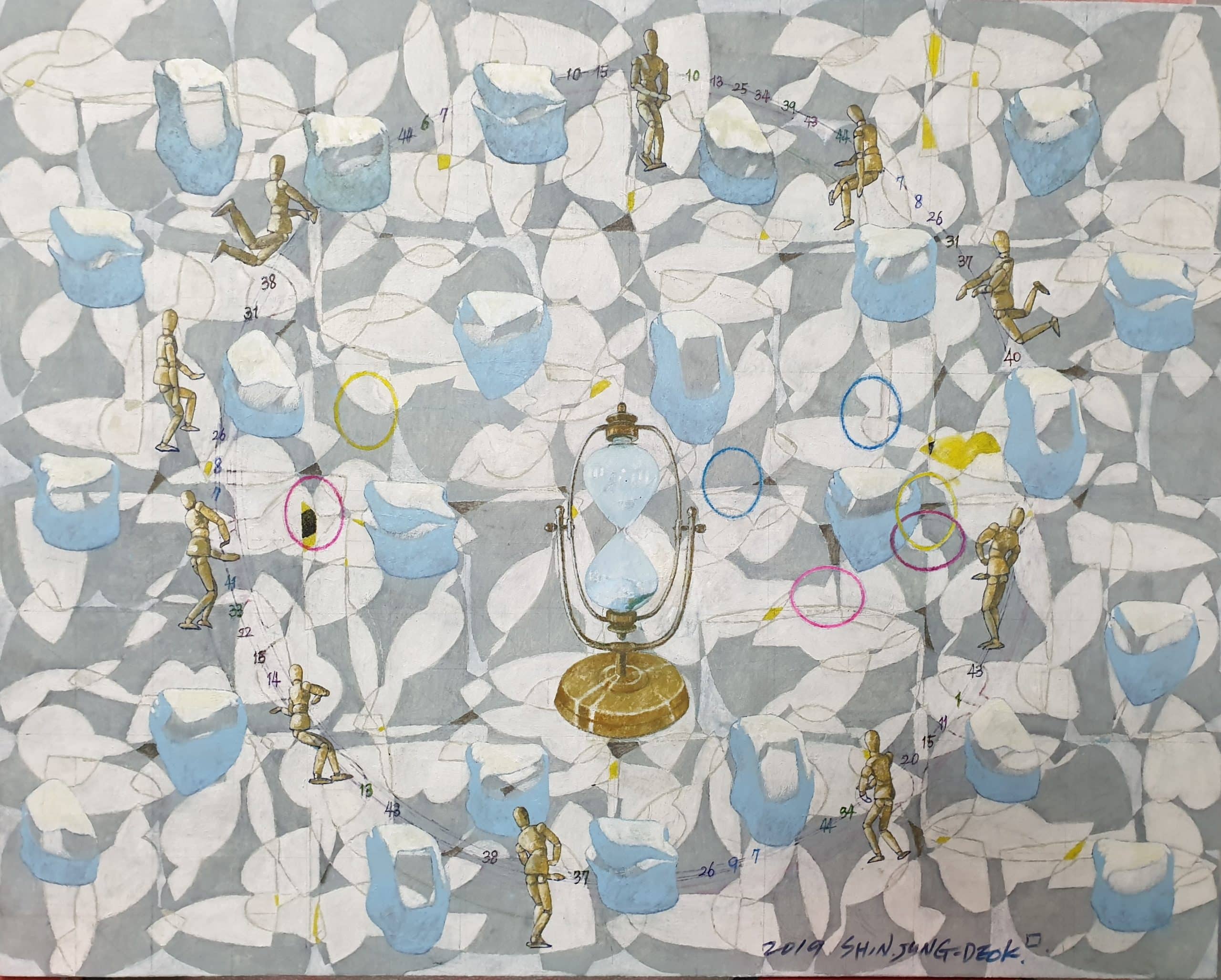 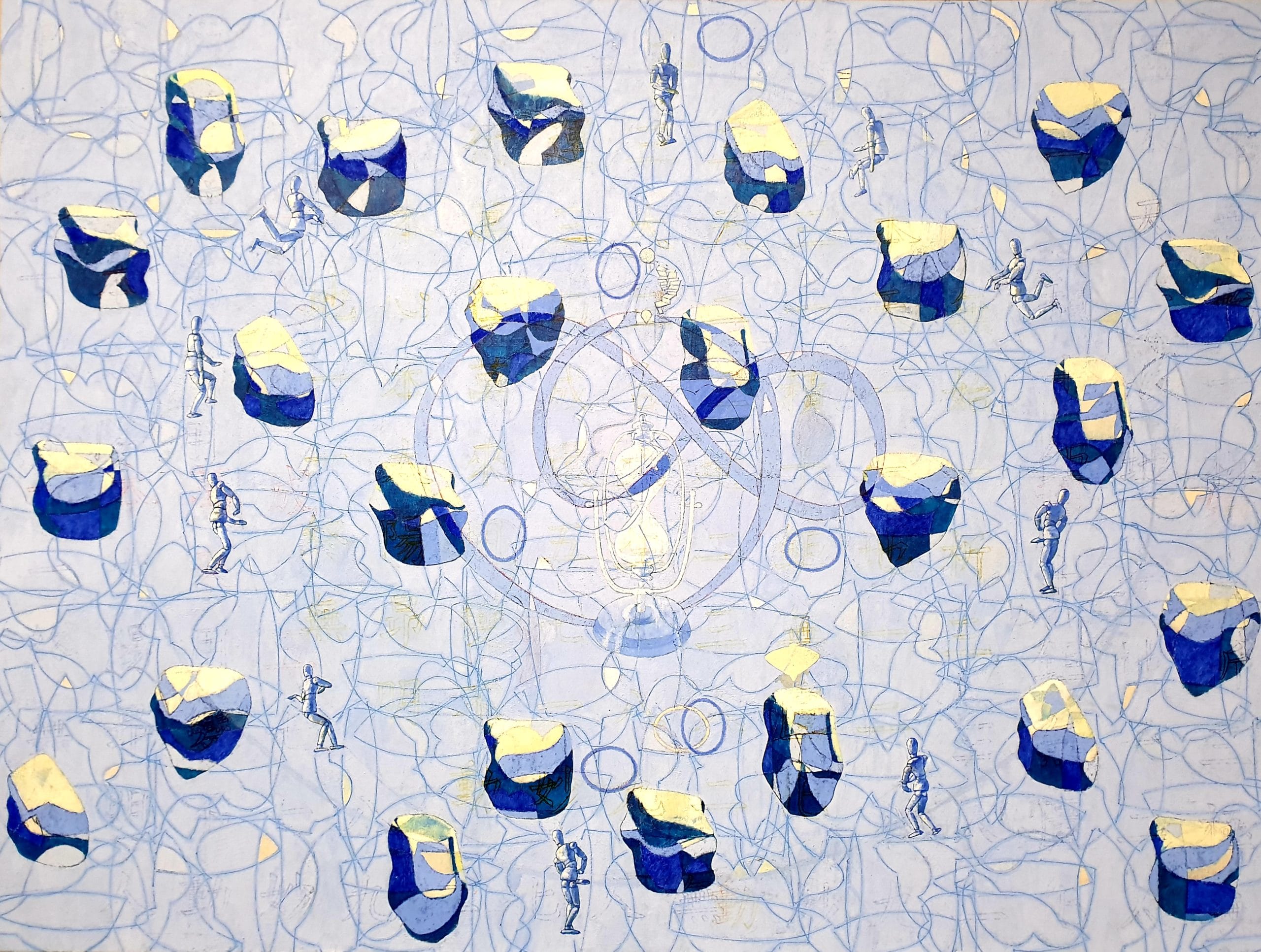 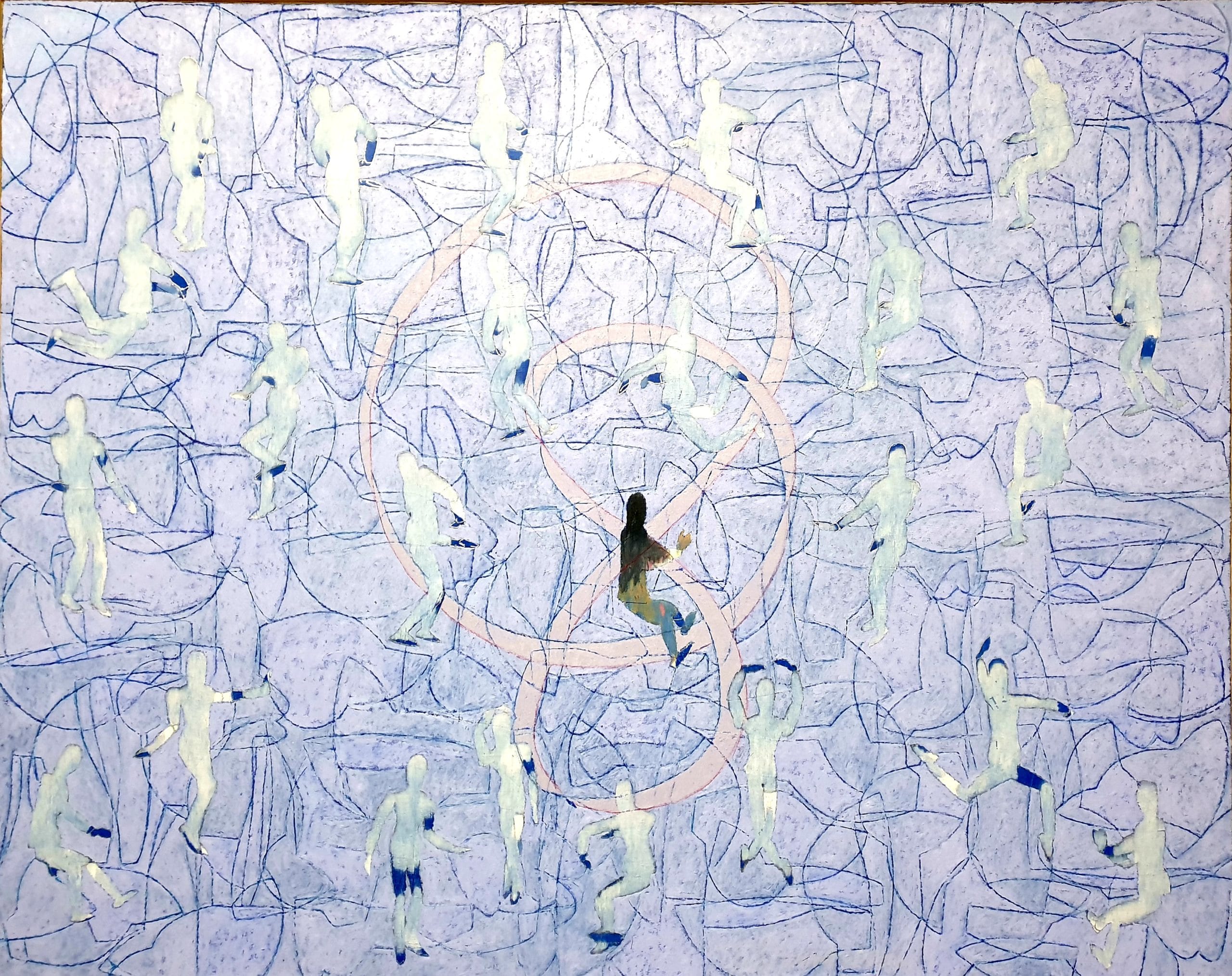 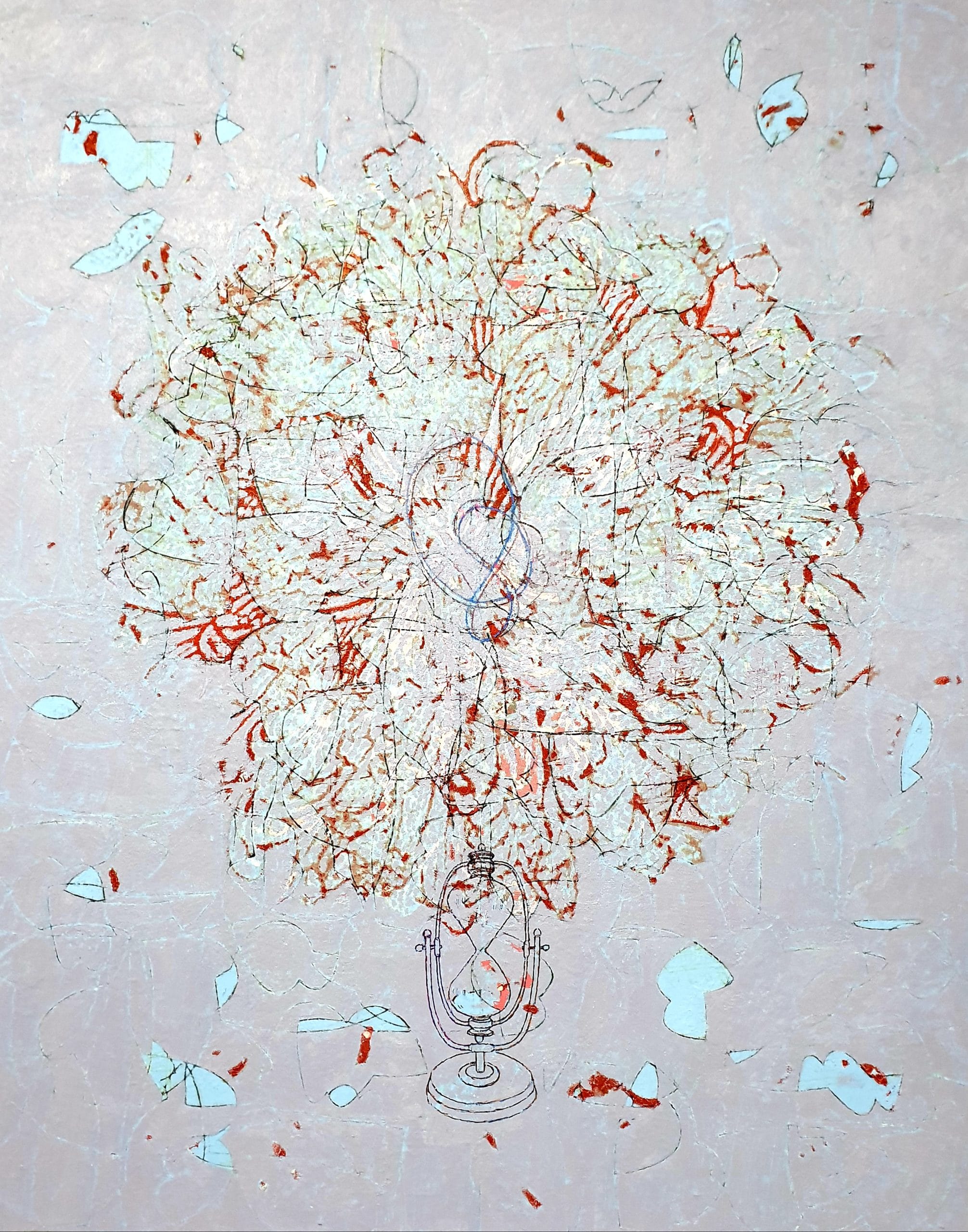 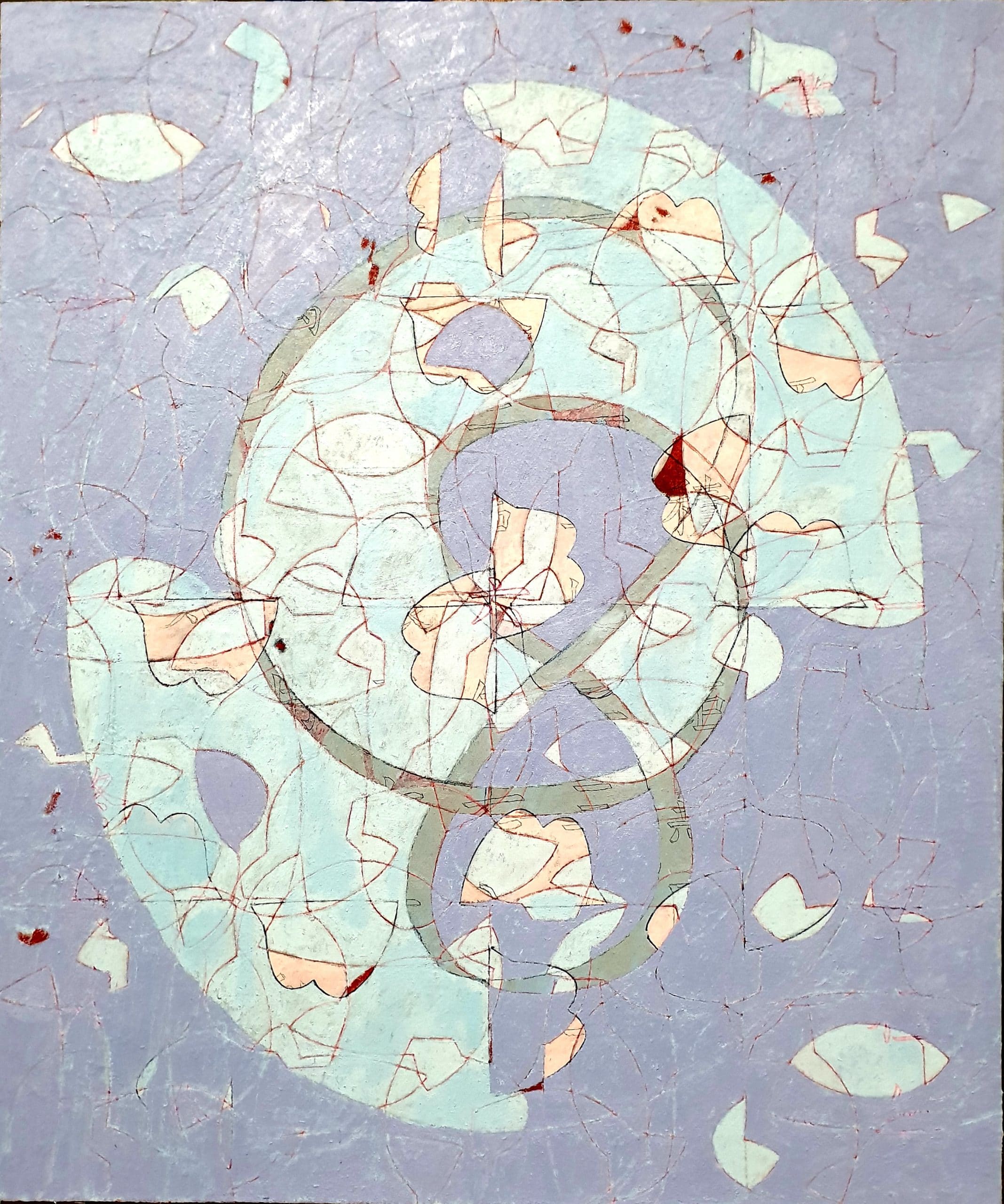